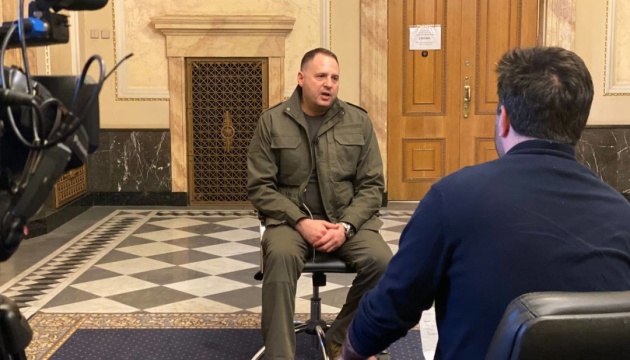 Ukraine deserves to be one of the founders of the new security system with UN Security Council permanent members and other countries to be its guarantors.

“Today, in an interview with Georgian journalists, I said that Ukraine deserved to be one of the founders of the new security system because it is our country that heroically opposes one of the world’s largest armies,” Head of the President’s Office Andriy Yermak posted on Telegram, Ukrinform reports.

He added that UN Security Council permanent members should be the guarantors of Ukraine’s security and Ukraine would also add Turkey, Germany, Canada, and Israel to this list.

“We also received information about Italy’s desire to join this process. We are interested in our neighbors joining,” wrote the Head of the President’s Office.

He added that concrete working guarantees must be given as Ukraine had “a negative experience of the Budapest Memorandum, which will definitely not be repeated.”

Martial law was imposed in Ukraine and general mobilization was announced.

Source: Yermak names countries Ukraine would like to see guarantors of its security