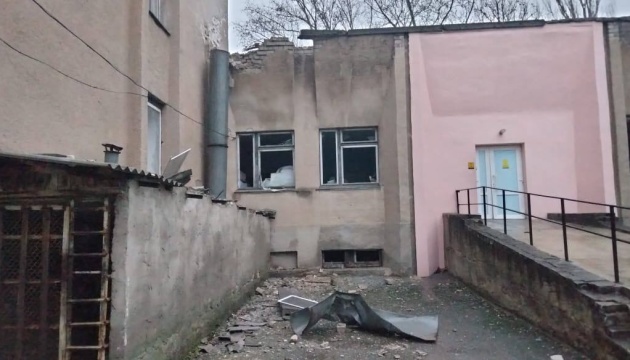 Russian troops have shelled hospitals in Kherson and Beryslav in the Kherson region.

“Unfortunately, one person was injured in the Russian shelling of a medical facility in Kherson. Doctors operated on him, the condition of the wounded is stable,” he wrote.

He added that the Russians had hit the hospital building in Kherson, with shells damaging the children’s department and the morgue.

“Recently, the Russian occupiers opened fire on a hospital in Beryslav. Three enemy shells hit the hospital. The shelling of the medical facility damaged the roof of the therapeutic building and broke windows in many buildings,” Yanushevych said.

According to him, the shelling seriously damaged the hospital’s utility building. No patients or staff of the medical facility were injured.