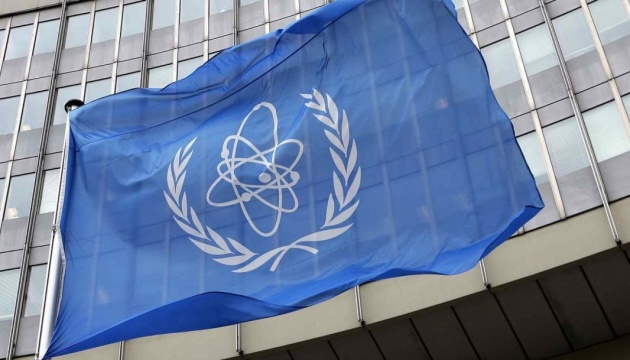 A permanent monitoring mission of the International Atomic Energy Agency (IAEA) has started its work at the Khmelnytskyi Nuclear Power Plant in Ukraine.

That’s according to the press service of the State Nuclear Regulatory Inspectorate of Ukraine, Ukrinform reports.

“On January 23, 2023, the permanent mission of the IAEA began its work at the Khmelnytskyi NPP. Last week, the same missions of the International Atomic Energy Agency were launched at the operating South Ukrainian and Rivne NPPs, as well as at the Chornobyl NPP, which is currently at the stage of decommissioning,” the statement says.

It is noted that after the official ceremony of raising the IAEA flag over the industrial site of KhNPP, a working meeting was held at the plant with the participation of IAEA officials, Acting Chairman of the State Nuclear Regulatory Inspectorate Oleh Korikov, and CEO of the Khmelnytskyi NPP Andriy Koziura.

During the meeting, the parties expressed a common position that the main task of the mission is to maintain nuclear and radiation safety at Ukrainian nuclear facilities in the conditions of the war unleashed by Russia.

At the Zaporizhia NPP, which is under the occupation of the Russian invaders, IAEA specialists have been working on a permanent basis since September 2022.