Scholz: Germany to expand list of security assistance to Ukraine 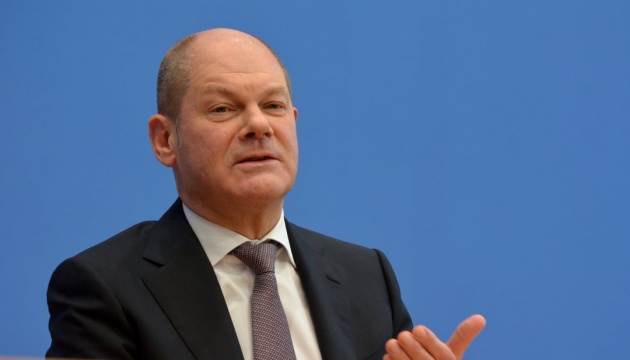 Germany will keep expanding the scale of security assistance to Ukraine.

“The decision to transfer the tanks is the right way approved in close coordination with partners. In addition to tanks, we are expanding the list of assistance already provided, in particular, we are talking about air defense systems, heavy artillery, MLRS, etc.,” German Chancellor Olaf Scholz said during a joint press conference with Prime Minister of Iceland Katrín Jakobsdóttir after their talks in Berlin on February 25, an Ukrinform correspondent reports.

Scholz could not name the amount of the “tank package” for Ukraine but said that Germany would bear the costs.

Jakobsdóttir welcomed the decision of Berlin which is another proof of the solidarity of the partners and a demonstration of the Alliance’s strength.

The PM, in turn, emphasized that her country firmly stands by Ukraine and condemns attacks on civilian infrastructure and civilians.

Iceland has no military capabilities of its own despite being a NATO member state since its establishment, the Prime Minister noted. But Jakobsdóttir emphasized that her country, in particular, accepts Ukrainian refugees, provides economic and humanitarian aid, and also transferred 9 tonnes of warm clothes to Ukraine, in particular, handmade woolen pullovers. “After all, we know that this is also important,” the politician noted.