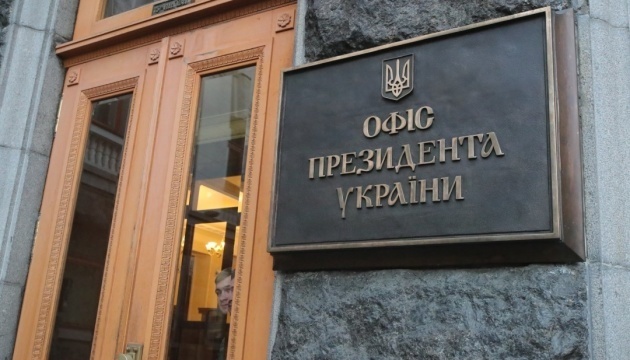 An international tribunal is needed to punish Russia’s top military and political leadership for war crimes in Ukraine.

Andriy Smyrnov, the deputy head of the Office of the President of Ukraine, wrote this in an article for the Time magazine, Ukrinform reports.

“We ask for this international special tribunal to be created. We want to create it by signing an open international treaty with the entire civilized world, with all those countries that are ready to give a legal assessment of the barbaric and cruel military policy of Putin and his ruling clique,” the article said.

Smyrnov called on the world to condemn Russian President Vladimir Putin and members of the Russian Security Council.

“This is a question for the whole world. If we don’t follow through on these principles, are we ready for the fact that on any given day, a dictator mad with power will declare new territorial claims to some country? Are we ready for new hybrid wars waged by rulers cut off from reality? Will we acquiesce to international blackmail and terror, to a truth mutilated by propaganda? Are we ready to accept the death of tens of thousands of dead innocent people, including many women and children?” Smyrnov wrote.

He noted that there is a lot of skepticism about the creation of the tribunal.

“I know there is a lot skepticism about this issue. I have heard that this tribunal will have rather a symbolic meaning for Ukraine, since no one will actually force Putin to appear before it. Yes, we soberly understand that the Special Tribunal for the Crime of Aggression will be held ‘in absentia.’ But is it symbolism if the tribunal can call an international criminal a criminal? Is it symbolic that the geography of Putin’s international travel will be limited to countries as removed from democracy as from the stars? Is it symbolic that an international criminal recognized by the Tribunal will find his place in world history precisely as a criminal who cannot enter any country that has acceded to the international agreement on the establishment of the tribunal, where he will be arrested?” he wrote.

According to Smyrnov, skeptics also like to repeat the thesis: Vladimir Putin won’t go to jail anyway and will die peacefully in his bed. This argument is empty and absurd, he said.

“Nobody knows how, where, and when Putin will die. But did the bosses of Nazi Germany even think in May 1945 that they would be hanged or go to jail? Did Slobodan Milosevic believe in 1999 that he would die in a cell in The Hague in just five years? Did Saddam Hussein have thoughts about his imminent death? The mere fact that the International Special Tribunal is preparing indictments and issuing arrest warrants will be an important step towards recognizing global justice. The strategic need to prosecute the leadership of Russia is to prevent future wars unleashed by crazed dictators. Any evil must be punished and the function of international law, among other things, has a preventive function – as warning and demonstration of unacceptable behavior and actions,” he said.

Smyrnov also noted that there is no doubt that the creation of the International Special Tribunal will also affect the speed of ending the war. In his opinion, the very fact of the creation of the tribunal will demonstrate even to skeptics that it is no longer possible to shake the hand of Putin and Russia’s leaders. This will finally send them into international isolation and, perhaps, begin to change the attitude towards the war against Ukraine within Russia itself.

“Our goal is a fair trial and legal retribution. Even if Putin and the entire elite of the Russian Federation do not physically go to prison, until the end of their days they will be locked up in Russia and a small number of countries that still support the Putin regime. Therefore, we must create an International Special Tribunal that will indict Putin and Russian leaders, issue warrants for their detention, and pronounce legal sentences,” he said.