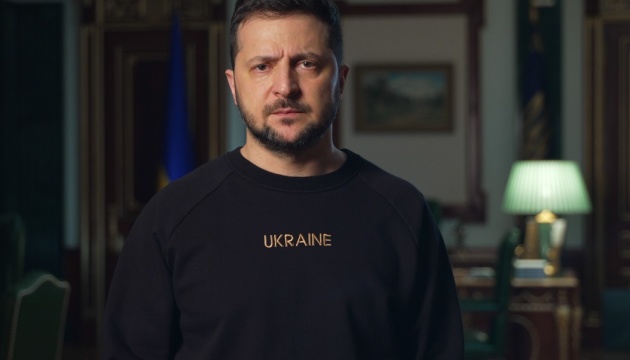 Ukraine has always been and will always be a responsible participant in global food market relations.

“Ukraine has always been and will always be a responsible participant in global food market relations. Even having suffered from terrorist aggression from Russia, we continue to supply food to countries all over the world. Although Russia has blocked our ports on the Black Sea, we have found a diplomatic way to resume exports,” President of Ukraine Volodymyr Zelensky addressed Berlin Agriculture Ministers’ Conference participants.

The President thanked UN Secretary-General António Guterres and President of the Republic of Türkiye Recep Tayyip Erdoğan for their timely and effective participation which resulted in the Black Sea Grain Initiative.

This brought millions of tonnes of Ukrainian products back to the world market, he noted.

The President stressed that Ukrainian farmers continue to cultivate the fields amid Russia’s ongoing missile attacks on the Ukrainian infrastructure, including ports and transport, and brutal battles in the regions that are extremely important for agricultural production.

“This is our moral constant – there must be wheat on fertile soil, not craters from explosions,” Zelensky said.

“Famine must forever remain in the past and cannot come back. This must be a global goal! The right for food – just like the right for clean water – should be a fundamental right of every human being. On every continent,” the President added.

According to him, anyone who tries to deprive people of food or water is an enemy not only to those, who are doomed to starve or suffer from thirst but also is an enemy to humanity, and such enemies must be defeated together.

“Join our initiative to create food hubs in Africa – in the regions that are critically dependent on food imports. Get involved in the implementation of the Ukrainian Peace Formula, which will stop Russian aggression and restore international law and order in Europe. Thank you for your attention! And I invite you to Kyiv to make concrete arrangements!” the President summed up.

As reported, on January 12, President Volodymyr Zelensky discussed food security and the Grain from Ukraine initiative with President of Kenya William Ruto.