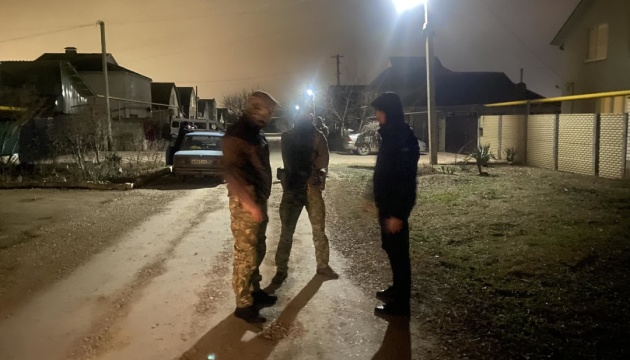 The Russian security operatives on the morning of Tuesday, January 24, carried out mass raids targeting the homes of Crimean Tatars in occupied Crimea’s Dzhankoy district.

Six men were detained, according to the Crimean Solidarity NGO, Ukrinform reports.

“Since 4:00 a.m. a new wave of raids has been ongoing, targeting homes of Crimean Tatars in Crimea. Residents of the Dzhankoy district reported such raids by the special services at several addresses,” the report says.

One of those targeted in the raid is the brother of political prisoner Enver Krosh – Ekrem Krosh, who lives in the village of Krastyhorodske.

Security forces also searched the home of the brother of another political prisoner, Edem Bekirov – Osman Abdurazakov, who lives in the village of Dniprovka.

“All six were detained and taken to the Crimean FSB office, but their families are unaware of their exact whereabouts,” Crimean Solidarity wrote.

As Ukrinform reported earlier, the occupiers searched the homes of Crimean Tatars in the Dzhankoy district on December 19.