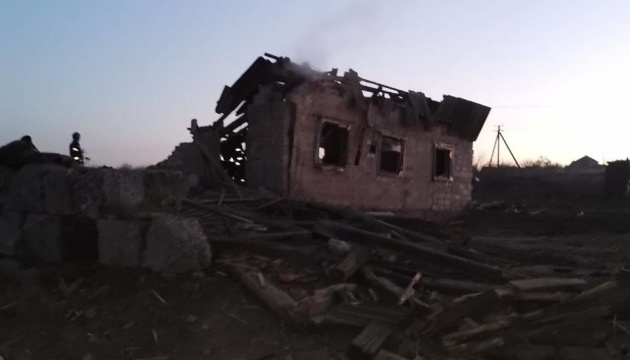 The enemy attacked Zaporizhzhia city in the middle of the day. A private house was destroyed, a woman is trapped under the rubble.

“A private house in one of the city’s districts was destroyed as a result of an enemy attack. According to preliminary information, one woman is now under the rubble. Houses nearby were also damaged,” Acting Mayor of Zaporizhzhia Anatoliy Kurtiev posted on Telegram.

According to him, all relevant services are working at the scene.

Around 16:00 a powerful explosion was heard in various districts of Zaporizhzhia city. The air raid alert did not go off.