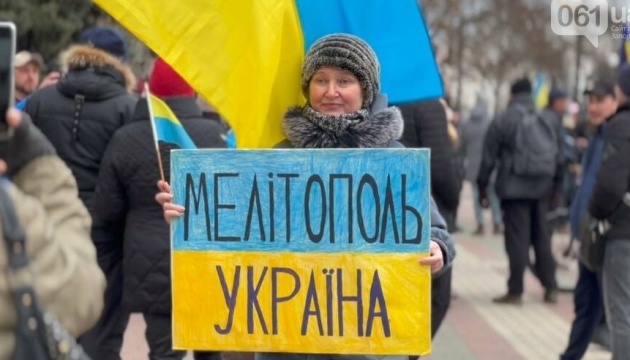 More than 700 residents of temporarily occupied Melitopol, Zaporizhzhia region, are held captive. Dozens of them have been in captivity for almost a year.

“For the 11 months of occupation, the ruscists have captured thousands of civilians. More than 700 people ended up ‘in a basement’ in Melitopol. Dozens of them have been held captive for 10-11 months already, and nothing is known about their fate,” Melitopol Mayor Ivan Fedorov posted on Telegram.

Fedorov noted that Russia plans to set up 28 prisons in the occupied territories of Ukraine: 13 – in Donetsk region, eight – in Luhansk region, four – in Kherson region, and three – in Zaporizhzhia region. Of them, two correctional facilities and a penal colony are to be opened.

Dniprorudne Mayor Yevhen Matveyev and Enerhodar First Deputy Mayor Ivan Samoydiuk have been in captivity for a long time.

As reported, more than a month ago, the invaders closed the exit from the occupied territories to government-controlled Ukraine and forced residents to get special passes to move between the occupied settlements.