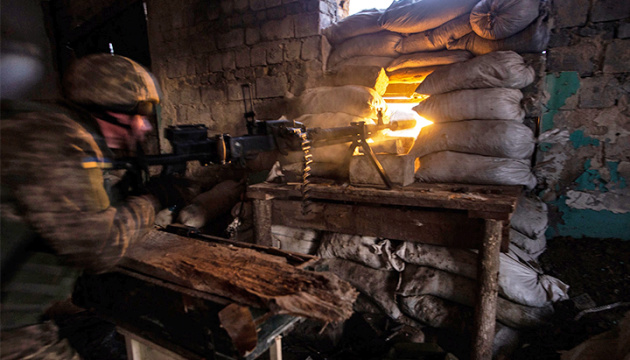 Over the past day, February 3, the Russian-occupation troops violated the ceasefire in the Joint Forces Operation (JFO) area in eastern Ukraine four times, including one attack with the use of weapons banned under the Minsk agreements.

No casualties among Ukrainian troops were reported.

Ukrainian defenders returned fire, not resorting to weapons banned under the Minsk agreements, and made the enemy stop shelling. Thanks to the efforts of our troops, the borders of Ukrainian units remained intact.

As of 07:00, February 3, no ceasefire violations by the Russian-occupation forces were recorded.

The Joint Forces control the situation and continue to repel and deter the armed aggression of the Russian Federation.