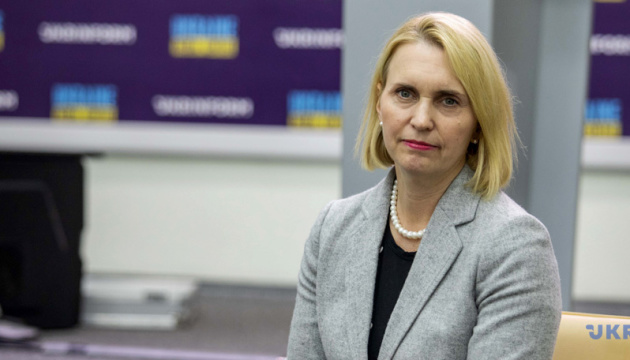 The United States and other G7 countries support the peace plan proposed by President of Ukraine Volodymyr Zelensky.

“Now it is very clear who is on the side of peace and who is on the side of war. President Zelensky spoke about the peace plan which consists of 10 points. We, the United States and G7 countries, support this plan because we believe it could be a potential plan to end the war. Just this Monday, Russia again fired 70 missiles at Ukrainian cities. Now it is absolutely clear that the Russians do not want to end the war. The US supports peace. The peace that was proposed in Zelensky’s plan,” U.S. Ambassador to Ukraine Bridget Brink told Channel 24 in an interview.

According to the diplomat, how and when the war will end depends on President Zelensky. At the same time, she recalled the statement made by U.S. leader Joe Biden that if the Russians want to stop the war, Putin can do it simply right now: he should stop, withdraw his troops, and the war will end.

As reported, during the G20 summit, Volodymyr Zelensky announced a peace plan to stop Russian aggression.

The 10-point plan envisages coordination of international efforts to establish nuclear, energy, and food security. One of the key provisions is the withdrawal of Russian troops from the entire territory of Ukraine within its internationally recognized borders.